Less than a block away from the Dallas Museum of Art is the Crow Collection of Asian Art, a collection of treasures from the Far East. During my visit, the upper two stories were closed for renovation, but the two lower galleries were still open. These showrooms are housed in a modern, dark room with ambient lighting.

The two exhibits were on either side of the entrance. One of them was Korean Pottery, and the other was on Japanese Samurai. First we visited the Korean one, then the Japanese one.

The Korean Pottery exhibit… er… exhibited all sorts of Korean artifacts, from ancient times to modern cube styles of the twenty-first century. There was one contemporary vase made in 2002 that particularly interested me, with several types of glazes in brown, blue, and cream. 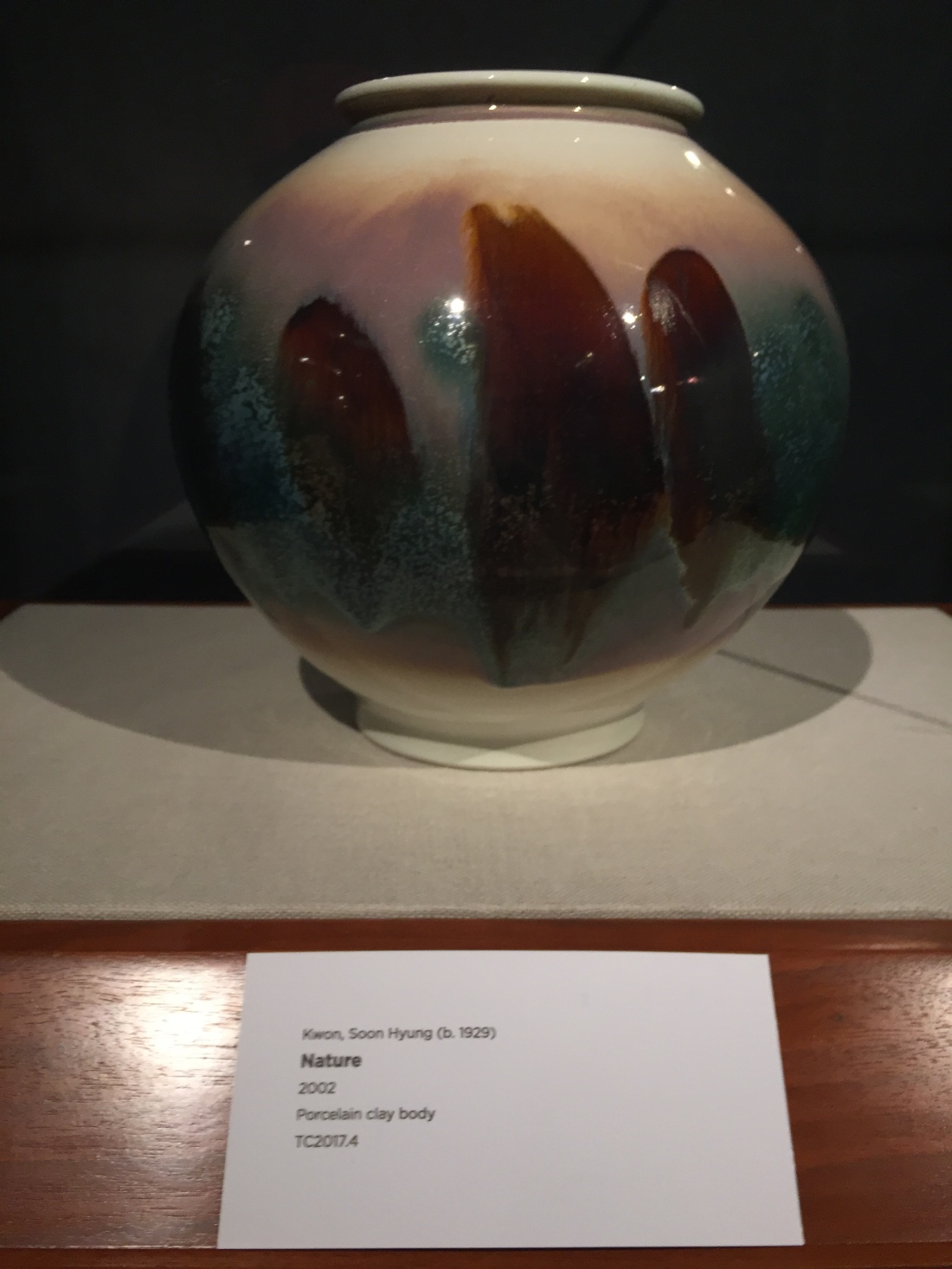 I will admit that I enjoyed the second exhibit more, called “Fierce Loyalty: A Samurai Complete.” This was a showcase on Japanese samurai tradition, armor, and weapons. In the center, surrounded by a glass case, was a full suit of samurai armor. There were some decorated metalwork maple leaves across the chest, and padding on the hips, chest, and shoulders. There was a cord around his throat for protection, and a helmet with a strange curved decoration.

On another wall were the weapons. Encased behind a display sheet of glass was a sharp katana blade, along with its sheath, the blade so shiny and sharp it looked like an over-sized scalpel. A card nearby mentioned how the Meiji period (1868-1912, when Japan quickly industrialized) enforced the downward spiral of the samurai class, prompting them to lose social control and status.

As fun as touring East Asia within half an hour was, it was time to leave this Asian enclave and move onto our third and final museum of the day: The Nasher Sculpture Garden.