As the Texan capital, Wild West influences and a recent influx of hipster-y innovation, Austin has become a place where food has become a major factor in this city’s culture. I visited three places familiar with Austin and its distinct geography. Two of them were great… and one was meh.

I remember when I visited the Willis Tower in Chicago, and stood on that glass ledge. A few years later, I went to New York and visited the observation deck of the Empire State Building. Don’t get me wrong, it’s a must-do, and it’s a great example of 1930’s American engineering. But it just didn’t feel as well- towering- as the Sears, Willis, whatever you call it. It just lacked the height. And it felt like a step down. 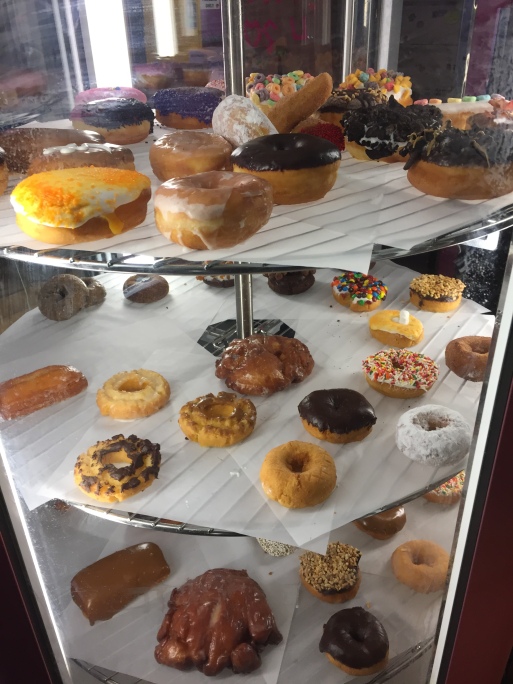 Now take that analogy of height and translate that into food. Then imagine my surprise when I checked out Voodoo Doughnut in Austin. Three years earlier, I was utterly confounded by the strangeness of their flagship Portland location. Studded with glitter, devilish heavy metal playing on loudspeakers, and an innuendo-laden menu all added to the bizarre hilarity of the place. But now, I was in for a shock.

This place was on Sixth Street, which at night, I hear, is a huge nightclub district. But now, nine in the morning, the streets were deserted. We entered the restaurant, which only had five or so people in there. It was a stark contrast to Portland, where lines literally encircled the building. All the menu selections were carbon copies of the originals. I ordered the “Longhorn Cream,” which was a filled doughnut with a burnt orange glaze and a white icing design.. The doughnut was decent. Maple glaze with a plain vanilla cream, which nearly slid off because it was so moist. It was unsettling to eat here, as the tables were printed with all sorts of obituaries of celebrities, from Gary Coleman to Simpsons writers, and even to Richard Kiel, the legend who played Jaws in two Bond films and the weird egghead alien in that one “Twilight Zone” episode with a twist ending that legitimately surprised me.

But the permeating aura of death was nothing compared to the expression on my brother’s face as he ate the “Marshall Mathers” doughnut, which was a cake doughnut with vanilla icing and M&M’s. It appeared that he didn’t enjoy either of his doughnuts, which was strange, as he usually enjoys doughnuts. He offered us some of it, and I took a bite.

I apologize to my brother. I thought he was being picky. No. I bite off some of the candy and icing, and I’m overpowered with a sweet tidal wave that immediately sours like curdled milk. I spat it out onto a napkin, but the aftertaste was already sinking in; my mouth tasted smoky, burnt even. Is this what an ashtray tastes like? This isn’t a stylistic choice, either; my brother claims that the other doughnut he ordered tasted the same. I can vouch for him. This is horrendous, an unholy wolf in sheep’s clothing of a “doughnut.” In my head, I imagine one of two scenarios occurring in the back kitchen. One: One of the bakers was smoking a cigarette and accidentally dropped it into the batch’s icing. Two: The “secret ingredient” for these doughnuts is the sprinkling of some poor grandmother’s ashes into the mix. Yuck. This pales in comparison to the astonishingly bizarre original franchise. Unless you like carcinogen-flavored doughnuts that give your a sour, burnt aftertaste for about an hour afterwards, skip this place. 1/5 Stars.

Amy’s ice cream is a local Austin ice cream company with many locations across the metropolitan area. The particular one we ate at this time was at 1012 W 6th St B, Austin, TX 78703. You probably need a car or taxi to get here. When we went in, there was a real hipster vibe to the place in its decorations and the chalkboard flavor menu. It changes, I think, seasonally, but there I ordered a dark chocolate with no mix-ins. The server was extremely talented. He scooped all the ice cream in the tub, then tossed the scoop about twelve feet in the air before catching it one handed in the plastic cup, which was the small size, by the way. The flavor tasted like a melted chocolate bar; I can’t say it well enough. Dark chocolate so thick and creamy, uninterrupted by other flavors. It was amazing. I wouldn’t travel halfway around the world to get this ice cream, but if I came back to Austin- you’d bet I’d stop by again. 4/5 Stars.

This was a nice place to eat barbecue. I ordered a slice beef sandwich with sauce, mashed potatoes and macaroni and cheese. I liked it, but I need to come back on a night when there’s live music. I will say though that the atmosphere was awesome, with antlers, posters of Willie Nelson and Dwight Yoakam, and wooden walls. For now, I give this place a 4/5 Stars. 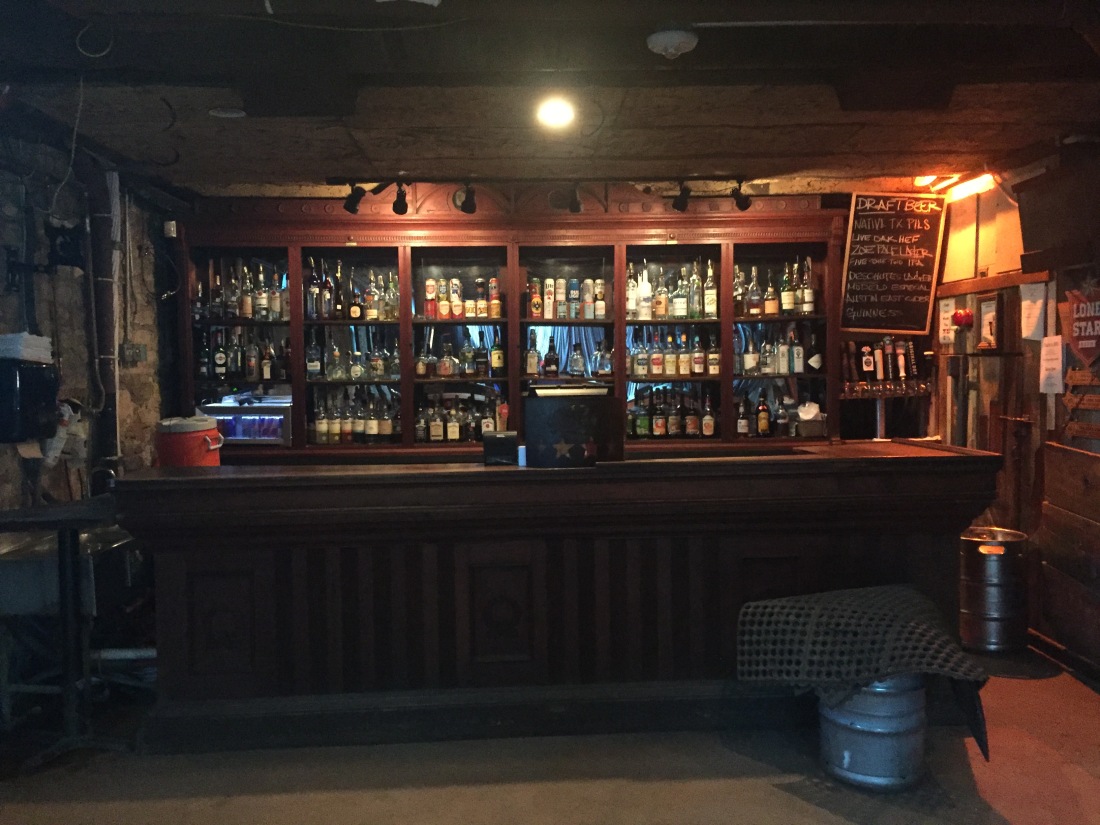