This is the first entry into my next list to be on my site. This is a list where I will rate every attraction I encounter, and they will be found in lists in order of postings. Anyways, let’s look at our first item.

Walt’s is an old-fashioned “American” restaurant located in Disneyland Paris, France. It is in what is essentially the French counterpart of the Magic Kingdom in Orlando. It’s on a corner of the Main Street USA area, visible right when you enter the park. It’s well-situated, and is really a beautiful place to be. The whole place is like a kind of exclusive museum, with memorabilia, statues, and even an old zoetrope (a rotating device that was used to give the illusion of a moving image) you could play. The entry area is pleasant, filled with turn-of-the-century decor and equipped with multilingual menus. When you are called, you either use an elevator of a staircase to ascend to the second floor. I did the stairs, which were neat because they yielded photographs with Walt Disney conversing with celebrities, including European royalty, a man who I think was India’s first prime minister, and I believe there was even a picture of Walt talking to child star Shirley Temple… who most people nowadays don’t even know was a real person, not a drink.

When we came upstairs, we were led to a dining room to the right of the stairs. This room was covered in memorabilia, including scenes from Disney classics and concept art from the theme parks. The atmosphere is amazing, but I wish the service and quality were lifted to an equal standard. After all, this restaurant was said to be the best in the whole resort.

The first sign something was amiss was when we sat down and I opened the menu up to examine the meal choices. A few seconds later, I looked up to see the waiter staring at me. Was it time to order my beverage? I was taken aback, and there was an unsettling silence before one of my family members told me I needed to put my napkin in my lap. Ordinarily, I’m alright with being corrected on my etiquette, but something about this seemed unnecessary. I was further confused because, for the whole duration of the meal, I didn’t see this rule enforced on other diners. The law also did not seem to apply to the gaggles of screaming and running kids, who were being bothersome. I was surprised; something was inconsistent about this restaurant’s management. It wasn’t a good indicator for the upcoming meal.

I opted for the child’s menu, as I wasn’t too hungry. The starter was toast and salmon, and the main course was some tenderloin and French fries. I found it edible, and a noticeable portion of our meal was waiting. The salmon tasted off, and the fries were limp. The dessert I selected was a “Seasonal fruit smoothie and fromage blanc.” I was intrigued by the latter part of the name, as “fromage blanc” translates to “white cheese.” I envisioned a cheese plate on the side. I was proven wrong when out came a glass with a steel lid and straw, with two layers; one on the bottom that looked like a puree of pumpkin (which excited me, as I love pumpkin), and on top a coat of white cream. This cream, I assume, was the “white cheese,” and I wonder if it was yogurt or cream cheese of some sort. I tasted the smoothie, and to be honest, the filling was tangy and tart- but also a bit overpowering. I’ll let this clip (at the bottom of the page) speak for itself.

However, the most noteworthy entree of the evening was the main course my parents ordered to split. The selected the American “hamburger.” And what came out of the kitchen was not a hamburger. Instead of ground beef, the type of cut invariably used in burger joints around the States, the hamburger came out with wet beef brisket. It was reminiscent of dog food in a way. For us Americans, it was hardly a hamburger, and resembled more of what we usually call “Sloppy Joes.” For our first meal on our French trip, I found the French interpretations of our cuisine curious, to say the least.

The menu stated Walt’s was meant to represent classic American dishes. As an American, I wouldn’t say it was an outstanding restaurant. It was expensive, the menu was misleading, and the service took awhile. But I will say the ambiance was the best part by a long shot. The designers went above and beyond creating this space, and interior specialists must have taken pains to make it look the way it is. If nothing else, Walt’s is an opportunity to dine inside a museum modeled after Walt Disney, that genius of animation that created an entertainment empire. His human side comes out, smiling from every picture. It feels like you’re dining in his own house, which is an incredible feel. 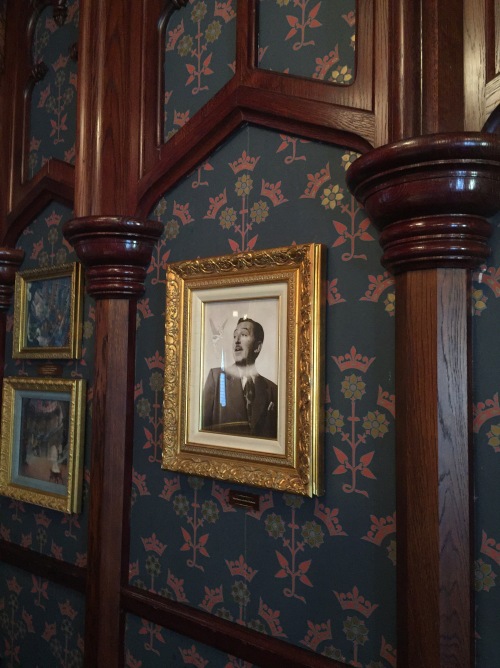 I won’t say Walt’s is the best restaurant in the park, but I will say it is the most atmospheric. Whenever I visit a Disney establishment, a question I often contemplate is, “What would Walt Disney think of his legacy?” Until he is revived from his cryogenic capsule, this will go unanswered. But if Walt were to see the extent to which people have taken to immortalize him, I have a feeling he would be honored to see how this restaurant captures his childlike spirit and passion. It is a visual feast, rather than a culinary one, to observe. The romantic feeling of the establishment was enough to lodge it into my memory for the right reasons.

Therefore, I give the Walt’s restaurant at Disneyland Paris: 2/5 Stars.