The Kimbell Art Museum is by far the best museum in Fort Worth, second in North Texas only to the Dallas Museum of Art. This modern building, designed by Louis Kahn, is divided into two halves; one wing for East Asia, the other wing dedicated to Europe.

On the right side, there are statues from Nepal, Japan, China, and Korea. There are Buddha statuettes and scrolls from China. 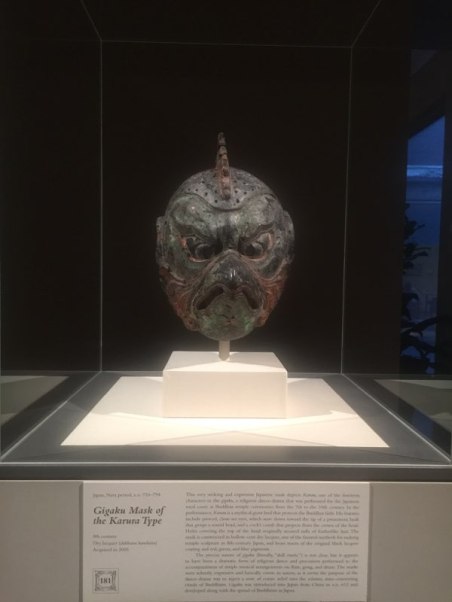 But for me, the more interesting wing was the larger and more varied European wing. Here, you can see Egyptian models, stones from Mesopotamia, and well-preserved Greek vases. There is also a painting by Vincent Van Gogh from when he spent a week in the Camargue in France. Then there is one by Paul Gauguin late in his career. But perhaps the most interesting painting in the whole joint is tucked into a corner.

This is “The Torment of Saint Anthony,” the first known painting by Michelangelo. That one. Don’t ask me why it’s not locked up in the Vatican, but this painting is behind glass and in a frame. It portrays Saint Anthony levitating in the air and being tortured by an army of horrific demons that look like cockroaches, insects, and fish. Michelangelo studied the scales at a local fish market for research. You can see the valley over which Anthony levitates, and it’s based off the Arno Valley in Florence. I enjoyed seeing his raw talent from an artist who rarely ever talked about his career as a painter due to his preference to sculpture.

And a close second is Caravaggio’s “The Cardsharps,” an old painting showing two con artists cheating a young man at a game of cards. The mentor signals numbers while the assistant, visible to the viewer, pulls a card from behind. The older con man has holes cut in his gloves to feel marked cards better. 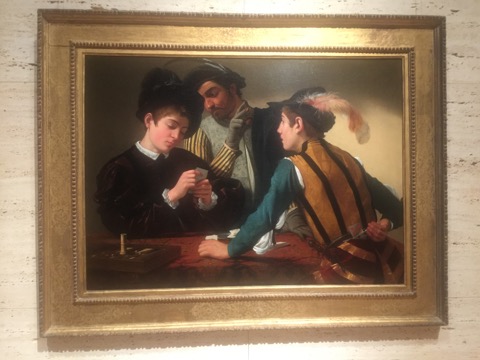 Overall, I had a wonderful time in this museum. I give it a great 4/5 Stars.