Montpellier, our tour guide said, is considered a “young” French city,  because it’s only been around for a millennium. This city, having the closest airport to Nîmes, is in the southeast corner of France, is a transport hub between Spain and the French Riviera. For this day trip, I was apprehensive, because in prior research, many of my favorite guidebooks didn’t even mention the city. I visited a bookstore, and found one book in it. Montpellier was featured in part of a single page. My father ran into a mutual friend who has an affinity for France, and said I would be touring the town. He told me that she scowled visibly. 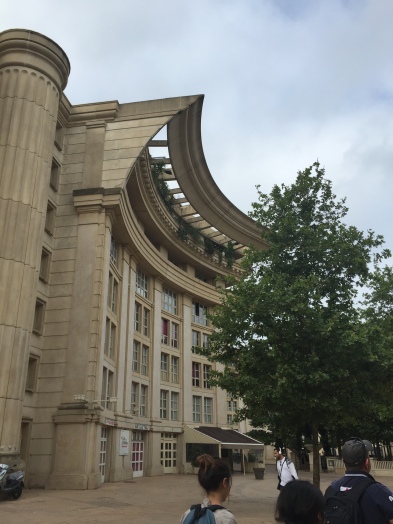 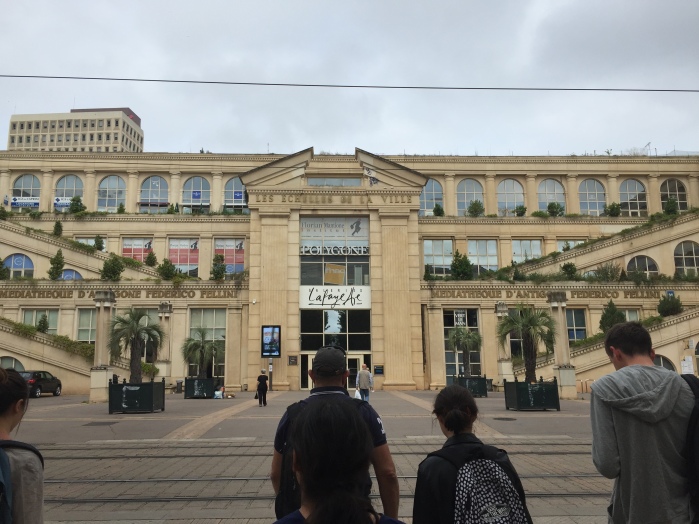 But when our bus stopped off in downtown, I was shocked. The streets were empty, uncrowded, and a pretty tram crossed the street, ferrying commuters. We crossed a few streets, and through a plaza with some pleasant architecture. Up ahead was a train track for the tram, and then a shopping mall entrance with beautiful tiered gardens. Inside, we went up an escalator into the mall, which hadn’t opened yet. I needed a bathroom, and the only one in the complex- and it cost. One would think this was a bad omen, but I wasn’t deterred at all. We exited through the other side, and walked down a street onto the massive square, the Place de la Comedie. This was an attractive area, where the pretty trains chugged by umbrella-lined restaurants and was bordered on one side by an interesting building that I think was an opera house and a nice dome building, all with French architecture and rooftops. I liked this place, and it was a good location for the useful tourist bureau. Nearby we met up with our guide. I have no idea if she was with the tourism office or a school or the organization, but she was supposed to take us on a tour of Montpellier’s medical history.

We were led to a museum, I never got the name, filled with china jars and jugs with French names. The guide never explained exactly what was in these, however she did bring in some insightful points. Montpellier became a significant city, due to its proximity between France and Islamic Spain, the latter of which had compiled many lost European texts. Thus, the town became a medical city.

Next, we went to a huge medical college with towering medieval buildings, still an active school. We went inside, saw pictures of the medieval pupils, and observed the manicured and pleasant courtyards. Outside, however, the air of cigarette smoke was stifling, and trash bags were in the streets and alleyways everywhere, contrasting with the tranquil campus. 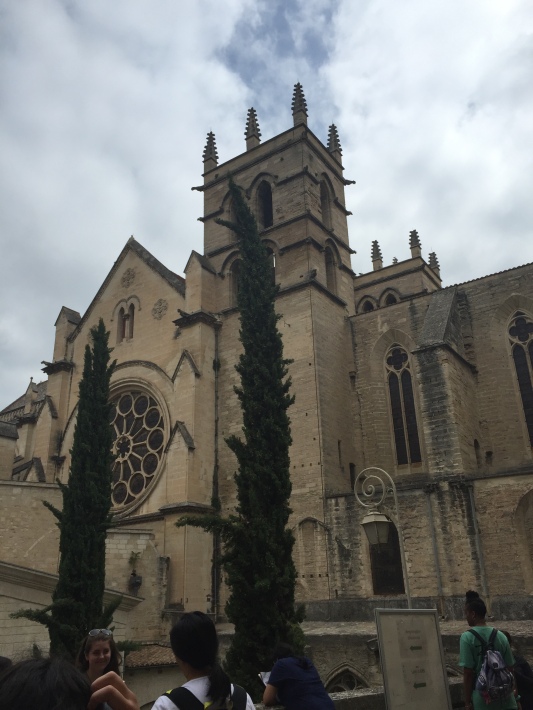 We were allowed some time off for lunch, and Ugo and his friends opted to grab some fast food on the Place de la Comedie and walk down a pretty boulevard lined with trees to an adjoining park. I was not blown away by this park. It was difficult to find a spot, because the grass was in dead patches, there was trash and litter everywhere, and the roots were gnarly and hard to sit on. When we did find a spot underneath a tree, I sat down to discover that I sad sat on several shards of glass from a broken bottle. The grass and dirt were smothered in litter. This wasn’t helped by the fact that the cigarette smoke was devastating. Ugo also muttered, “That smell? Marijuana.” 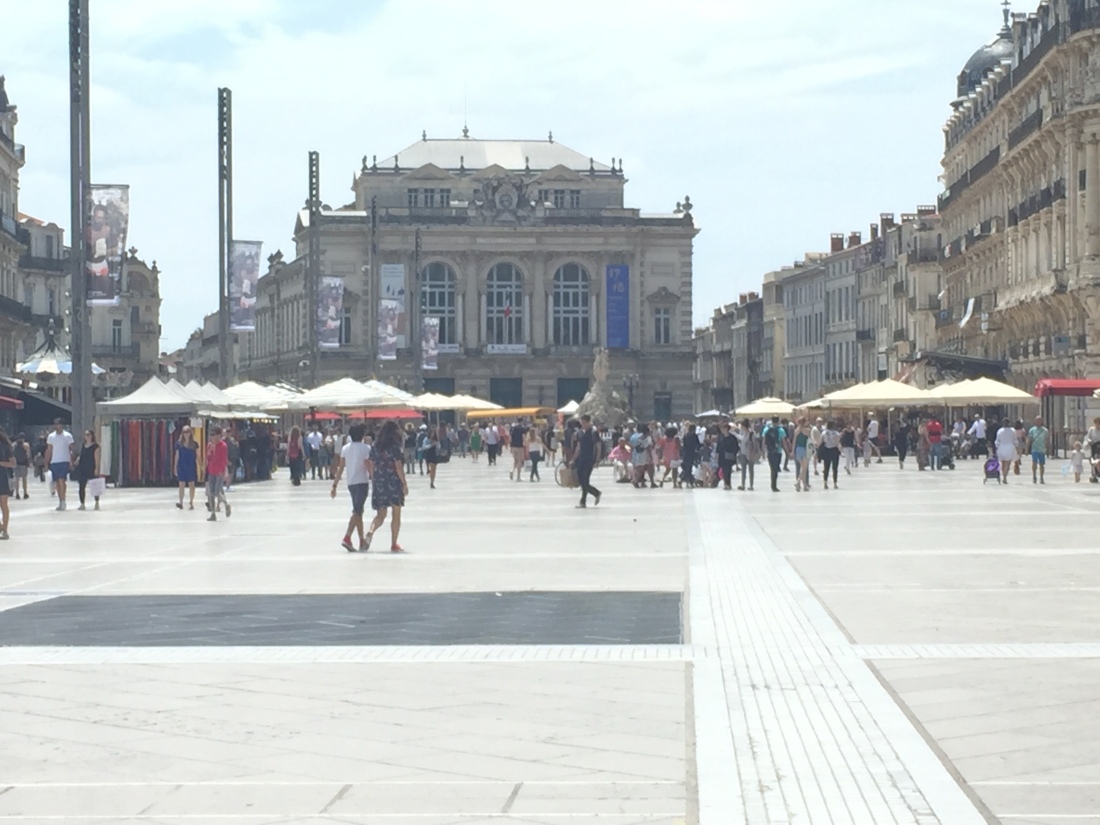 A few hours later, it was time to head back to our home base. I understand that this is more of a residential city and less of an attraction, but the general dirtiness and smoke stench was hard to handle. Now I understand why this place rarely shows up in the guidebooks. I did like the medieval architecture, however, though it’s not necessarily making the whole trip for. All in all, because of the smoke and trash, I give Montpellier a score of 3/5 Stars.