Leaving Waterloo Station on a train heading south of London, we readied ourselves for the next leg of the trip. From Southampton, we would board an ocean liner across the Atlantic Ocean to New York. Beforehand, though, I did some research on the town, since most Americans are in the dark about it. 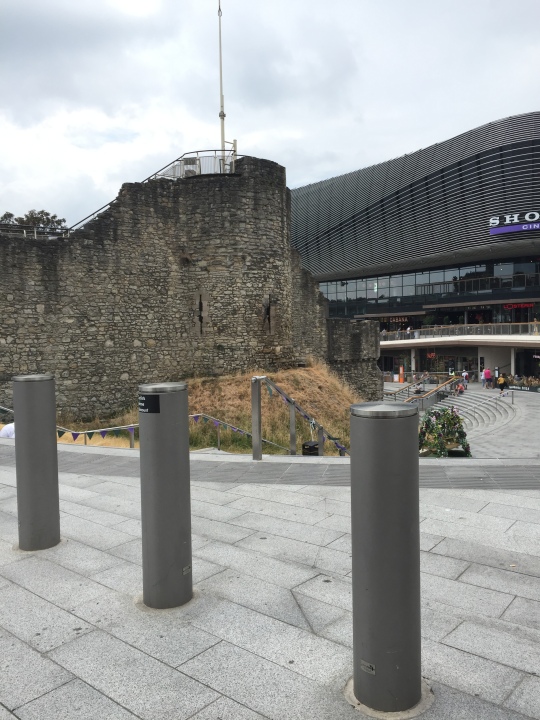 Southampton is a port city on the southern coast of England, about an hour’s train ride southwest of London. It’s a major cruise ship stop for passengers heading to London. It’s also known for being the departure port for both the Mayflower and the RMS Titanic. But unfortunately, its prominent port status made it a prime target for Nazi bombing from the air. We learned how bad it was once we stepped into the taxi. We asked the driver about things to do, and he just gave us a morose look and said, paraphrasing, “There’s nothing. It was destroyed during the war.” Definitely not the best advocate for local tourism.

Surprisingly, we had a great time in Southampton, a seaside industrial town. My brother discovered a sister location of Forbidden Planet, and we walked along the periphery of the old medieval walls. At the Westquay Shopping Center, the Red Dog Saloon is a great place for milkshakes and pancakes, a refreshing taste of American food after a week of European fare.

After about six hours in the nice downtown area, we hopped in a taxi to the port, driving past an old hotel at which the Titanic’s passengers stayed all those years ago. We parked at the dock, and saw it: the Queen Mary 2. An hour in the terminal, sign up, and then we were treated to the hospitality of Cunard.

But, pray tell, what is Cunard? Thanks for asking. In the year 1840, a man named Samuel Cunard secured the first transatlantic mail contract by steamship. From Liverpool, paddle steamers moved mail and people to Halifax and Boston. This cruise line is steeped in maritime history. At the beginning of the First World War, its ship, the Lusitania, was torpedoed off the Irish coast by a German U-Boat, aggravating tensions. And it was a Cunard ship, the Carpathian, that courageously rescued the survivors of the RMS Titanic in icy waters . Countless celebrities sailed on their ships, breaking speed records before transitioning into more recreational pursuits.

Inaugurated in 2003 and updated at a dry dock in 2016, the Queen Mary 2 is the flagship of the Cunard Line and the successor to the Queen Mary, which is now a floating hotel in California. It has all-you-can-eat included buffets, more expensive options, a gym, spa, pool, library, and parlor. Every month, it makes regular transatlantic crossings between New York and Southampton, the only ship to do this on a schedule. 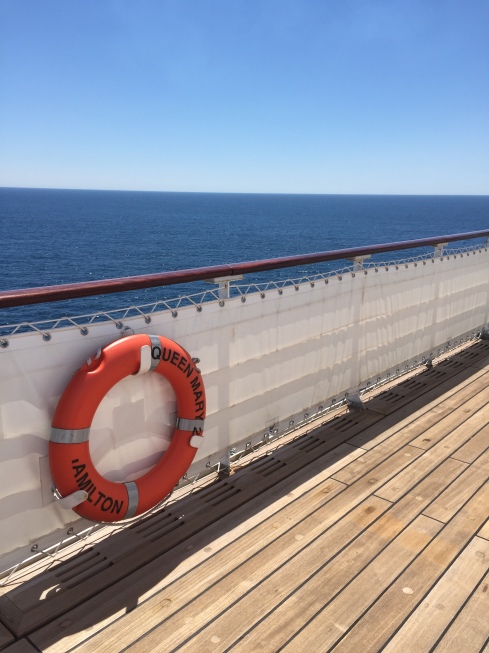 Soon enough, we reached our stateroom. That afternoon we left port at Southampton. We left the sheltered harbor and passed Portsmouth on our port side, with its distinct observation tower a haze on the horizon. By nightfall we were rounding the east coast of the Isle of Wight (the western side was too shallow), and by morning no land was in sight and we were far south of the coast of Ireland. Our week-long transatlantic voyage had just begun.