Housed in an Art Deco museum with gaping, gleaming halls, the National Cowgirl Hall of Fame is a great place to learn about the West’s pioneering history and the women who helped create its legacy. There are two stories of memorabilia, fabrics, and plaques that demonstrate the taming of the frontier.

The lower level documents the works of Western female artists. Featured was Donna Howell-Sickles, who created Western-themed paintings that are reminiscent of poster art. The color schemes and attention to animals were impressive. 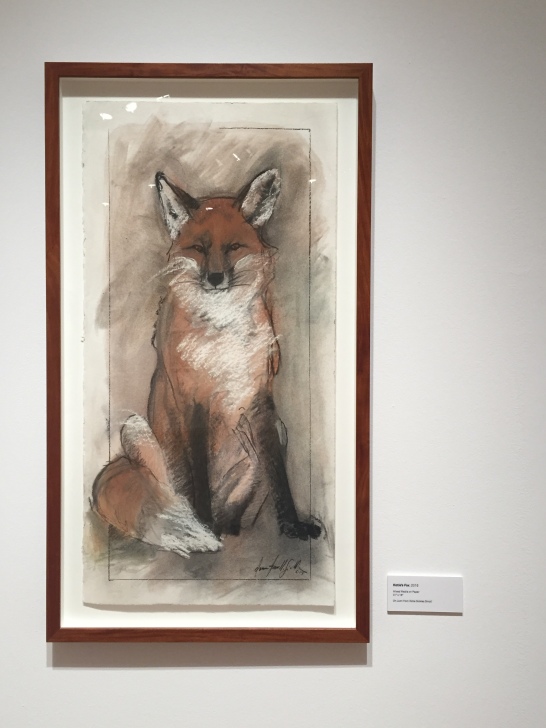 The exhibits here range from the era of Westward Expansion to the modern age. The stairwells are decorated with Parisian scarves with cowboys and Native Americans on them, evoking the European craze for the exotic American West. The displays illustrate the female performers in Buffalo Bill’s Wild West Show, and one of the best sharpshooters of all time: Annie Oakley.

The museum does a great job discussing Annie Oakley and her career, even having an actress impersonating Annie on a 3-D projector. On display is a plaque with a bizarre story. While traveling in England, Annie Oakley read her own obituary in the newspaper. In America, Buffalo Bill messaged them in England for confirmation. When he learned that the story was inaccurate, he cabled “I am so glad our Annie ain’t dead ain’t you?” It turns out that a singer named Alice Oatley had passed away, and an error had occurred where Oakley’s name accidentally showed up instead. 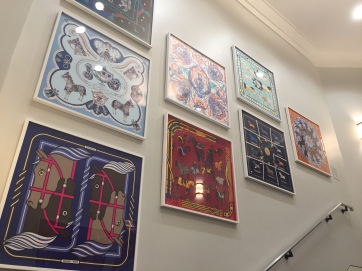 On the second level was a gallery of artifacts relating to their famous collection of cowgirls. You can see an embellished repeater rifle, belt buckles, and other pieces of memorabilia. The honorary cowgirls range from, you know, usual cowgirls, to more unique recipients. For instance, view Reba McEntire’s sequined dresses. Not into live action? There are some sketches of Jessie from the Toy Story series, including one of her riding on Bullseye. The most random one, by far, is a shield, sword, and suit of armor worn by Gal Gadot during her solo film as Wonder Woman. The justification for this was how she rode a horse during a WW1 sequence. It’s a bit of a stretch for me, but nonetheless it was neat to see, and in a relatively unexpected place.

Another interesting figure is Temple Grandin, PhD, who was an architect for industrial livestock. As a woman in the 1970’s, she was not allowed to research in industrial feed yards, so she obtained a press pass to infiltrate the areas. Through her designs, more than half of the cattle in the US go through facilities designed by her, which are designed to limit anxiety in the animals and to maximize efficiency. Her designs are even on display here.

A funny interactive bonus is the “bronco ride.” I sat on a horse, expecting to be bucked like on a mechanical bull, but the result was much more simple than anticipated. If you provide your email address or text message, you can show your moment of embarrassment to all your social media fans.

This museum, from its exterior to its well-assembled halls, is uncrowded and underrated. A gem and in the heart of the stockyards, I give this museum a 4/5 Stars.